“The Future of Freemasonry” report is the first ever independent study conducted by a non-Masonic body, and was commissioned as part of the build-up to the United Grand Lodge of England’s tercentenary in 2017. Original post here on the UGLE site

Produced by the highly respected Social Issues Research Centre (SIRC), an independent, non-profit organisation based in Oxford, which conducts research on social and lifestyle issues, socio-cultural trends and provides insight into human behaviour and social relations, the report suggests that, contrary to some misleading commentary, Freemasonry actually demonstrates genuine openness and transparency and it concludes that it is arguably more relevant today than ever before.

The report can be read here:

In particular, the report highlights that Freemasonry acts as a ‘constant’, providing members with a unique combination of friendship, belonging and structure, with many Masons saying they have made valuable lifelong friendships.

The report also highlights the importance that Freemasonry places on charitable giving, the part that many Freemasons play in their local communities and the central role of the family. As well as instilling in its members a moral and ethical approach to life – including thoughtfulness for others, kindness in the community, honesty in business, courtesy in society and fairness in all things – Freemasons are the largest charitable givers after the National Lottery, and also make major contributions to international disaster relief funds.

The role of ritual is shown to be an important part of Freemasonry for many members, with the report concluding that it provides both structure and familiarity, in just the same way as the normal rituals of daily life do for many people.

Nigel Brown, who has been the Grand Secretary of the United Grand Lodge of England since 2007 and is leading the plans for the tercentenary celebrations, says:

“This is just one step in our ongoing efforts to demonstrate our openness and transparency, and to inform people about the role we play in society.

“The tercentenary is a significant milestone for Freemasonry and while we’re keen to celebrate our first three hundred years, it’s also crucial that we look forward to ensure that we remain relevant and continue to grow our membership over the next three hundred.”

Peter Marsh, co-director of SIRC, said: “The “Future of Freemasonry” provides an insightful commentary, not just on the organisation, but also on modern society. Despite the many changes taking place – or perhaps because of them – our desire to be part of something and to help other people is undimmed. It’s here that Freemasonry has an important part to play.”

Nigel Brown concluded: “This report will form an important part of our discussions as to how best to ensure that Freemasonry continues to evolve and adapt to meet the needs of its members and also of wider society, while at the same time retaining the distinctive character and intrinsic values that have attracted members for centuries and continue to appeal to people today.” 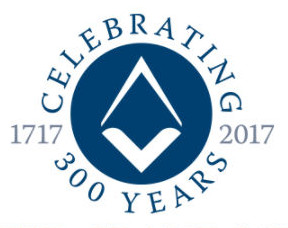